I had to write this scene. The thought of it just made me burst out laughing over and over again. It’s not really a bonus chapter but more of a What if? chapter.
What if Turic came back to earth and got a corporate job at a printer company? What would his performance review look like? Find out here… 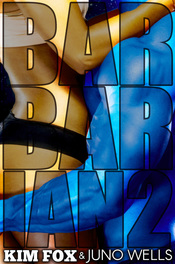 Get Barbarian Two on Amazon (in Kindle Unlimited)
Powered by