Zane watched through the window curiously as the moving truck pulled in next door. The building had been empty for so long. He was happy that someone was finally moving in and he wouldn’t have to stare at boarded up windows any longer.
His breath caught in his throat as the driver’s door opened and the most beautiful woman he’d ever seen stepped out. She had long brown hair, and a curvy body that was getting his heart pumping.
“Wow,” he gasped as he stepped forward, nearly touching his nose to the window. “She’s gorgeous.”
Even his inner bear was getting excited, grumbling as he paced around within.
Easy, boy. We’re not boyfriend material.
Still, he could look. His eyes were glued to her as she walked around her new property, staring up at it with wide excited eyes.
It was in times like this that Zane wished he had been born as a human. It would have been so nice to not have a dark secret hiding inside him that pushed everyone away. Sometimes he really envied humans, and the simplicity of their existence.
His heart nearly stopped as she turned her head, and looked up at the firehouse that he was hiding in. With a smile on her sweet lips, she turned and walked over.
“Oh, crap,” he said, hiding behind the door as she approached. His heart was beating so fast. He wasn’t prepared for this.
“You know what you have to do,” he whispered to himself. As hard as it was to do, he knew he had to be a jerk. It will be much easier if you’re not friends. It will be better for both of you in the long run if she hates your guts.
Zane gulped as she knocked on the door. It has to be this way.
His pulse raced as he opened the door, and saw her standing there with a big beautiful smile on her gorgeous face. “Hi!” she said in a cheery voice. “I’m your new neighbor!”
Zane fought the urge to smile back at her, and instead stared at her with a blank look on his face.
“My name is Gwen,” she said. “I’m opening up a muffin shop next door.”
It killed him to say anything that would wipe that stunning smile off her face, but he had to do it. The more they disliked each other, the better.
“A muffin shop?”
“Yeah,” she said, smiling nervously. “I’ve always wanted to open one, and now I’m here and—”
“Do you realize the population of Colwood is less than two thousand people?”
She shifted her weight from one foot to the other. “Do they like muffins?” she asked with a nervous laugh.
“Not enough to open up a shop,” he said, hating himself for what he was doing.
But he knew this was a necessary evil. It was better than the alternative where they became friends, maybe even more. He wouldn’t be able to hide his bear for long, and when she inevitably found out, he would be crushed when she abandoned him.
Gwen looked uncomfortable as she looked over her shoulder at her new property. “Well, I already spent my life savings on the equipment, so…”
“Can you return it?”
Her uncomfortable smile faded into a scowl. “I’m not returning anything. I’m doing this. It’s my dream.”
“Your dream is to go bankrupt?”
Gwen’s body tightened as her eyes narrowed onto him. “Wow. I didn’t realize I was moving next to such a jerk.”
Zane sighed. “And I didn’t realize I was going to be living beside a titan of business.”
They glared at each other for a long moment as Zane resisted the urge to apologize. It’s better this way.
“Well,” she said with an angry shrug. “I’m sure I’ll be seeing you around. Unfortunately.” The last word was muttered under her breath.
“Can’t wait,” Zane said with a grin as she turned and stormed away.
He watched her with fascination as she marched back onto her new property, stepped into her shop, and slammed the door behind her.
An unwelcome thought popped into his head: Maybe she’ll be the one.
He laughed to himself as he closed the door.
“Yeah, like that’s ever going to happen.” 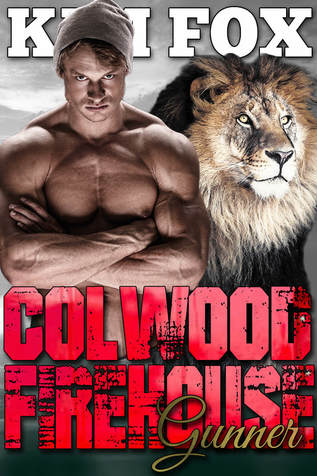 Get it on Amazon
Powered by